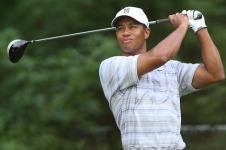 Tiger Woods has sparked doubts the massive golf-themed project baring his name in Dubai will be completed on time. The world’s number one golfer told Associated Press that the opening of Tiger Woods Dubai, originally scheduled for the fourth quarter of 2009, had been “delayed by at least six months” and that work had been suspended due to the economic downturn.

The scheme’s developer Tatweer, a division of Dubai Holding, denied the scheme was in jeopardy. Abdulla al Gurg, project director of Tiger Woods Dubai, told local paper The National: “We are entirely committed to completing the project to the highest standards of quality. The opening timeline will be announced closer to the opening date.”

The golf project is part of the Dh235 billion (US$64bn) Dubailand development, which will eventually include theme parks, resorts, shopping malls and sports facilities.