Timms aims to equal the record of Nick Raynsford 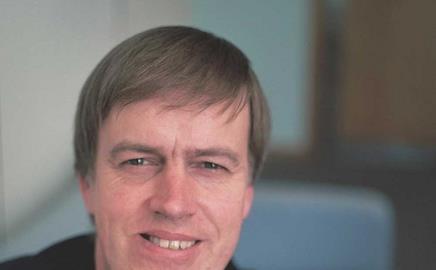 New minister promises to champion the industry, and push for better sustainability and safety

New construction minister Stephen Timms aims to be as effective as Nick Raynsford, the most popular of his recent predecessors.

Speaking on the day he made his first public announcement on the sector since his move from chief secretary to the Treasury at the end of June, Timms pledged to be the industry’s “champion”.

He said: “I’ve had some very successful predecessors. Nick Raynsford is who everyone in the industry talks of. If I can do as well as him I’ll be very happy.”

Timms said the area where he hoped to have the biggest impact was sustainability: “I see the sustainability question as being huge for the industry to address.”

He made his comments on Monday as he launched the government’s draft Strategy for Sustainable Construction.

Nick Raynsford is who everyone talks of. If I can do as well him I’ll be very happy

This sets a target for one-fifth of schemes worth more than £1m to score an “excellent” BREEAM rating by 2008, as well as rounding up numerous initiatives for the industry to consult on by 30 November.

Timms said his aims on sustainability were “to reduce the industry’s carbon footprint, achieve zero net waste and sign more voluntary agreements on these areas with clients”.

He also called on contractors and housebuilders to “take action” to reverse the upward trend in deaths on site. “This is a very worrying issue that I raised at the meetings I had with the industry last week,” he said.

Those present included the Federation of Master Builders and Construction Industry Council.

Timms added that he recognised that primary legislation was needed to update the Construction Act and said he would press for a slot in the parliamentary timetable in the autumn for this.

To view the draft Strategy for Sustainable Construction, go to www.building.co.uk/ecoreports