Tories to make ‘presumption in favour of development’ 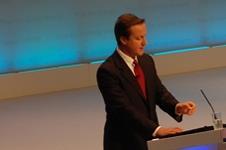 Planning green paper, set to be launched next week, will lay out ‘pro-sustainable building’ policy

The Conservative party is to put a “presumption in favour of sustainable development” at the heart of its reform of the planning system.

The change is likely to make it easier for projects to win planning permission, and may go some way to reassure developers and housebuilders concerned that the Tories’ localism agenda will stymie development.

It is the most eye-catching of the measures that are being prepared for the party’s planning green paper (see box). Tory sources said the document was to have been published on Monday but said it could be delayed.

In an interview with Building, shadow housing minister Grant Shapps said: “Yes [there will be a presumption in favour of development] unless a council has written in its plan, ‘We won’t have any building here,’ having carried out a proper assessment of needs.”

He added that the presumption would include thresholds to ensure design quality and sustainability.

He added: “We’re saying we’ll reform the planning system to make it more pro-sustainable development. This is pretty good news for your readers.”

Ian Tant, senior partner at planning consultant Barton Willmore, said: “This is a completely different approach to the current system, and gives a basis upon which appeals can be fought by developers. The only caveat is that the word ‘sustainable’ could give huge scope for argument.”