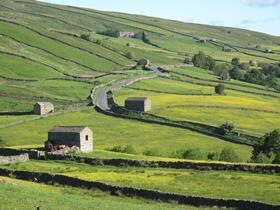 When asked about the plight of councils with little business activity in their area at a Conservative Party conference fringe event organised by Conservative Home, Wharton said there would be “appropriate Conservative solutions to the concerns you raise when the policy is published.”

Speaking to Building after the event, Wharton said he couldn’t give any more detail at this time, but confirmed that councils whose income will reduce sharply from the devolution of business rates would be given some form of support. He said: “Yes we’ve thought about it and it’ll be in the policy when the details are announced.”

Osborne announced yesterday that councils will in future be able to keep 100% of the business rates they levy in their area, and would be free to cut the rate to attract more businesses if they choose. Those areas with directly elected mayors would also be allowed to raise rates by around 2% to pay for infrastructure. In total £26bn of business rates are levied across the country.

The policy is likely to most benefit dynamic economies with many businesses. The Evening Standard newspaper said it had estimated that London would benefit to the tune of £7.5bn. Bristol mayor George Ferguson likewise told Building the policy would be positive for his city.

However, Labour shadow home secretary Andy Burnham said the move would be damaging for lesseconomically dynamic areas. He said on Twitter: “Big contradiction at heart of Osborne speech. Says wants to close North-South divide. But then announces taxation reform that will widen it.”