Conservative MP Natalie Elphicke will chair an interim board set up to oversee the appointment of a new independent housing ombudsman and the creation of a code of industry practice which the sector will have to abide by.

Dover and Deal MP Elphicke, who is a permanent private secretary to the housing ministry and has a background in housing finance, will lead a board charged with overseeing the creation of the new ombudsman role by the start of next year. 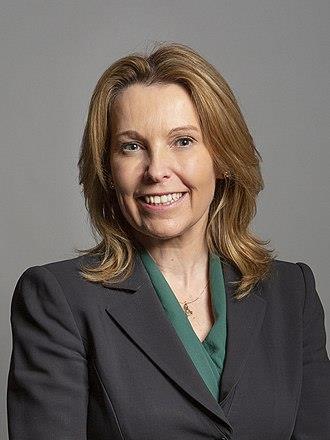 The government announced plans to create a new homes ombudsman in 2018 to protect buyers of shoddy new homes who need redress.

Elphicke (pictured) was last summer named new homes quality champion by the government, prior to being elected as an MP in the 2019 election.

She will now lead an interim board which includes Taylor Wimpey’s group operations director Jennie Daly and Story Homes’ managing director Katy Jordan, set up to get the ombudsman service up and running.

The board is tasked primarily with developing a process by which a New Homes Ombudsman is appointed, as well as completing the creation of an industry code of practice for housing developers and setting up an ombudsman service to adjudicate against the code.

It will also oversee the appointment of a permanent ombudsman board and devise a reporting system to measure the performance of housebuilders on build quality.

The new code is expected to require builders to provide more detailed information to customers during the sales process, a tightened up final sign off process to ensure the home is ‘complete’ before mortgage money is released, and to deal with any snagging issues within a set time in years 1 and 2 of occupation.

As well as housebuilders, the interim board includes representatives from Homes England, mortgage lenders, citizens advice and warranty providers.

The members of the interim board are: