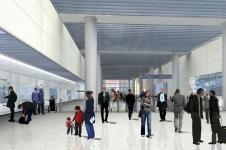 Transcend Team, a JV between AECOM, CH2M Hill and Nichols Group, has been appointed programme partner on the £15.9bn Crossrail project. The £100m role will involve working alongside the Cross London Rail LInks (CLRL) team in Canary Wharf ensuring targets and budgets are met.

The announcement of the project delivery partner appointment is expected “in due course,” the organisation said in a press release.

The confirmation confounds widespread industry and media speculation that Legacy 2 (a JV between Parsons Brinckerhoff, Balfour Beatty and Davis Langdon) would walk off with the top award. The Bechtel/Halcrow/Systra JV also lost out. The decision was made following a Transport for London finance committee yesterday.

Douglas Oakervee, executive chairman of Crossrail, said the process had been “competitive”.

He added: “The quality, expertise and enthusiasm of all the bidders has been exceptional. With the appointment of Transcend, the Crossrail project team will be joined by world-class expertise to oversee the project management of this new railway.”

Mayor Boris Johnson said he wanted to spread the employment wealth widely: “During tough times for our economy it is incredibly satisfying to be able to announce a further step forwards for a project that will employ 14,000 people at the peak of construction.

“The jobs will provide a crucial boost to London during the recession and in the long term the project offers the prospect of better travel and a higher quality of life in the capital. I am determined that Londoners from all over our city be able to take advantage of the opportunity to work on this mammoth enterprise.”

Bechtel remains favourite for the project delivery role tunnelling the main section of the link, but it is again up against Legacy 3, which has another chance to win a slice of the pie. Capita Symonds is also in the running.