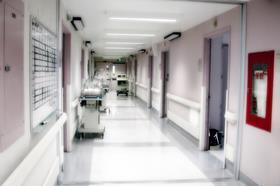 The Treasury has confirmed that it will roll-out a new model of private finance for infrastructure that will see the government investing alongside the private sector in projects such as hospitals and schools.

Under the plans, confirmed today following a consultation on the government’s proposed private-finance model, the government will invest alongside the private sector into a joint venture company.

The proposed Pf2 model was first announced by the government last December and is being used on the privately-financed element of the Priority School Building Programme.

The new standard legal documents, published today, set out the proposed terms of the government’s investment, and will be used as a template for all future PF2 projects that involve public sector equity.

This includes details of the voting arrangements, the government’s right to appoint a director to each company and increased information other shareholders will be required to disclose.

The government said the new approach would provide the public with more visibility over who has a financial interest in its schools and hospitals by requiring investors to disclose the beneficial owners of their investments in PF2 projects.

Treasury secretary Danny Alexander said: “We’ve consulted extensively to make sure we get a workable model that services both the public and private sector as it should.

“As a shareholder, the public sector will have a stronger voice in the management of the PF2 project company and receive a share of the financial returns.

“This is a fundamental reassessment of the old PFI and it will provide better value for the taxpayer, better public services, and a better infrastructure.”

Commercial Secretary to the Treasury Lord Deighton said: “The government will now sit side by side with private investors as a real partner in PF2 projects, sharing some of the risk and the profits too, to form better partnerships with industry so we can deliver the next generation of public infrastructure the country needs”.

The Education Funding Agency is the first to issue the new standard form equity documents in privately financed element of the Priority Schools Building Programme (PSBP).

The documents have already been issued to shortlisted bidders for the first two batches of schools.