Turkish contractor Gülermak is the surprise name on a three-strong shortlist for the £275m contract to build HS2’s nerve centre in Birmingham.

The firm, which was set up more than 60 years ago and is headquartered in Ankara, is a specialist in rail transport but has previously not thought to have made the shortlist for such a high-profile scheme in the UK before.

It set up a UK trading arm last year and is due to file its debut set of accounts by the end of this month. 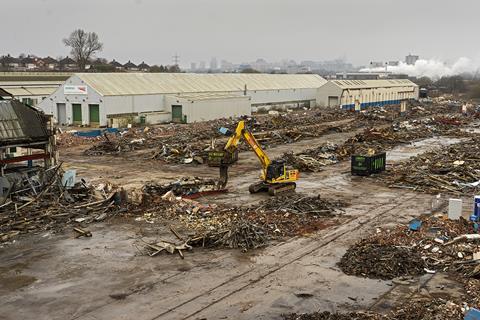 The firm has worked on several metro schemes in its home country as well as India and is currently working on a number of schemes in Poland.

Gülermak is up against a pairing of Vinci and Keltbray, the London commercial specialist which has been investing heavily in its rail arm, and a team featuring VolkerFitzpatrick and VolkerRail.

The 30ha site at Washwood Heath will serve as both the railway’s network control centre and its rolling stock maintenance depot once the line opens.

The depot will include a rolling stock maintenance building, carriage wash, automatic vehicle inspection building and 14 sidings where trains can be stored overnight.

Also on the same site will be the Network Integrated Control Centre, the centre of the network’s signalling and control systems as well as office buildings for cleaners and drivers.

In total, around 500 jobs are expected to be based across both the depot and control centre.

Andrew Cubitt, HS2 Ltd procurement and supply chain director, said the site will be “at the heart” of HS2’s operations.

The Washwood Heath site was formerly home to the Metro-Cammell railway works, which closed in 2004.

A team from HS2’s enabling works contractor LM, a pairing of Laing O’Rourke and Murphy, completed the demolition of the buildings on the site last year.

Once operational, Phase 1 and 2a of HS2 will have a fleet of at least 54 trains which will be based at Washwood Heath.