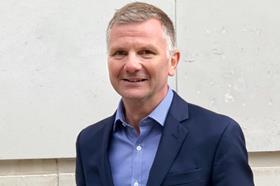 The consultant has appointed Nick Clare (pictured) as a director at its commercial development team based in London.

Clare will head up T&T’s PM commercial team in London – which is working on projects including Battersea Power Station.

Before joining JLL in May 2015, Clare was a partner at Davis Langdon/Aecom where he spent four years in Dubai, leading Davis Langdon’s Middle East project management business.

He then moved back to London to head Aecom’s UK-based commercial team.

He is also a former member of the British Council for Offices’ technical affairs committee and contributed to both its 2008 and 2014 guides.