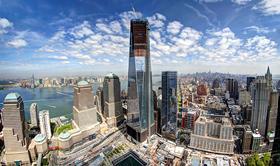 The new awards, launched by the Siemens and Cities Climate Leadership Group (C40) were announced this month in London, with the ten categories recognising cities for excellence in urban sustainability and leadership in the fight against climate change.

The ten winners were:

The awards were judged by an independent, seven-member judging panel consisting of former city Mayors, architects and representatives of the World Bank, C40 and Siemens.

From the UK only London made a 29-strong shortlist for the awards, but the UK’s capital city missed out on an award.

C40 chair and Mayor of New York Michael Bloomberg said: “The C40 & Siemens City Climate Leadership Awards are dedicated to the idea that cities – by refusing to wait for action from national governments and international bodies – can lead the way in addressing the risks posed by climate change.

“Using innovative local approaches, cities are having an impact on climate change globally. I congratulate the ten award recipients and look forward to seeing their projects progress and then spread across the C40 network and beyond.”

Roland Busch, chief executive of Siemens infrastructure & cities sector, said: “The world‘s cities are facing similar problems. And taken together they account for up to 70 percent of worldwide greenhouse gas emissions.

“We all know two things: the fight against climate change will be decided in cities. And it is through co-operations that we can tackle climate change … It helps cities to optimize their performances and share their experiences. Its value is immeasurable.”