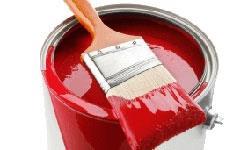 Young construction professionals from the UK have won gold and bronze medals at a Worldskills Competition in Calgary, Canada.

The WorldSkills Competition is a biennial event, held over four days. Some 900 young people from 46 nations test themselves against rigorous international standards, with the ultimate prize of winning gold, silver or bronze for their country.

Richard Sagar, 22, from Langholm was awarded a gold medal for electrical installation.

Meanwhile Mark Nevin, 22, from West Lothian, was awarded a gold medal for painting and decorating.

Trevor Woods, 21, from Co. Fermanagh was awarded a bronze medal for his joinery skills.

Medallions for excellence were also awarded two individuals - Sam Fairgrieve, 21, from Leicester for bricklaying, and Christopher Lonsdale, 22, Auckland for plumbing and heating. Oliver Clack, 21 from Chichester, was also awarded a medallion for excellence for stonemasonry.

Simon Bartley, chief executive of UK Skills, which manages the UK team said “What the team has achieved is outstanding. They have all worked so hard to get to where they are and that has certainly paid off.”