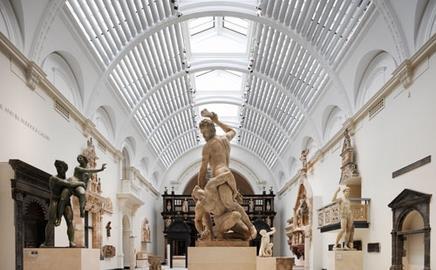 The plaster ceiling of the Victoria & Albert Museum's recently renovated medieval and renaissance galleries, built by Holloway White Allom, won the award for technical ceilings at the FPDC Plaisterers Awards 2009.

This prize was handed to subcontractor David Andrews

Construction at the Plaisterers' Hall in the City of London on Tuesday, 2 February 2010 in front of 300 industry leaders, contractors, architects, manufacturers and distributors.

Contracts manager Danny Byrnes and project managers Ian Englishby and Kevin Draboczy collected the award at the ceremony, which recognizes the best work in the plastering, drylining and associated trades.