Victoria station firms asked to work for free for a year 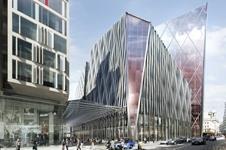 Contractors bidding for the £695m revamp of Victoria station in London have been asked to work without pay for a year.

The proposal, thought to be the favoured route of client Transport for London (TfL), would cost firms about £20m in staff, subcontractor and material costs in 2012, the second year of the scheme that is due to begin in the second quarter of next year. The cash would be refunded by TfL over the next six years.

A source close to the bid said: “It’s a loan, but TfL is essentially asking contractors to work for nothing for 12 months.”

TfL is weighing up bids from three teams: Balfour Beatty and Morgan Est; Vinci and BAM Nuttall; and Costain, Laing O’Rourke and Bachy Soletanche. These were submitted in December and an appointment is expected in May.

The source said he thought the teams would agree to TfL’s terms. “On such a high-profile job and with the market the way it is, it really is the early bird that catches the worm.”

Another source close to the bid added: “It’s fairly unusual, but everyone knows TfL is short of cash and this is the only way it can get it off the ground.”

TfL has faced problems after the collapse of Metronet in 2007 and is locked in a funding dispute with the Tube Lines consortium. In last year’s business plan it announced it would cut 1,000 jobs and postpone 50 station upgrades.

Meanwhile, commentators have warned that TfL’s move could be a sign of things to come. Tony Williams, director of consultancy Building Value, said: “It’s a client’s market. Work is scarce so contractors are in a situation where they can lump it or leave it. It’s a case of survival of the fittest and those with cash flow issues will be disadvantaged.”

The Victoria station upgrade was advertised in January 2008 and was approved by the government last summer. A winner should have been appointed in August 2009, but TfL altered the phasing of the job owing to cash flow problems.

The North Ticket Hall of the station, one of the most overcrowded in London, is due to be operational in 2016, with the remainder of the works, including new escalators and lifts from an enlarged existing South Ticket Hall, to be completed in 2018.