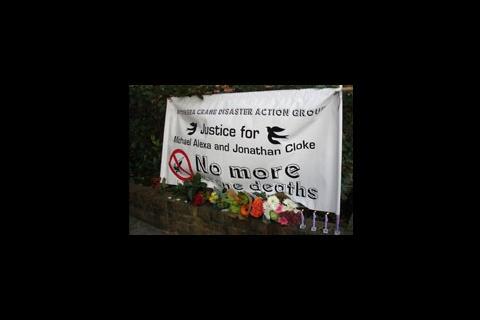 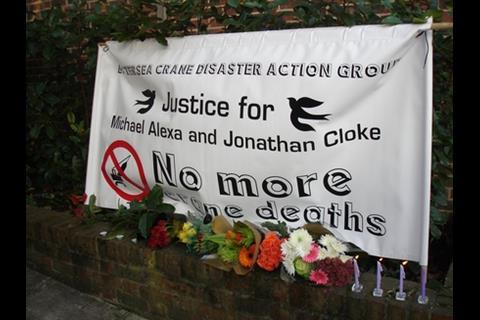 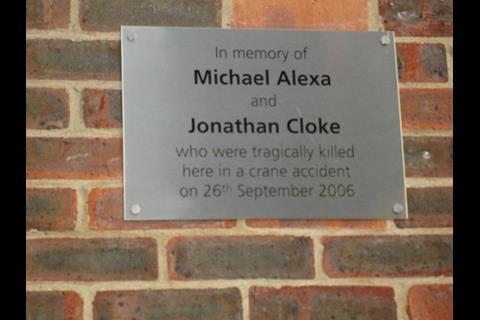 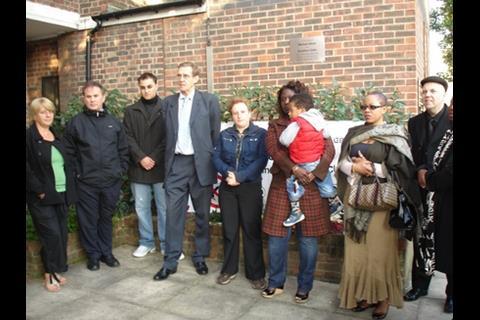 Friends and relatives remember the victims 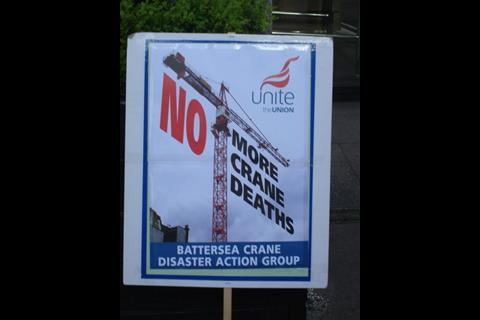 Union support for the campaign 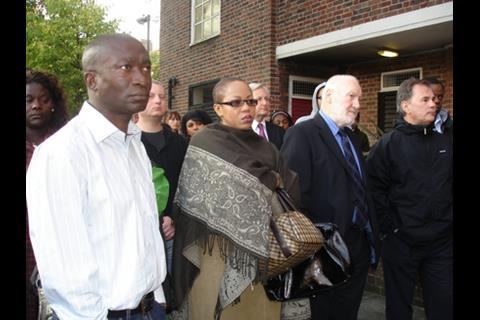 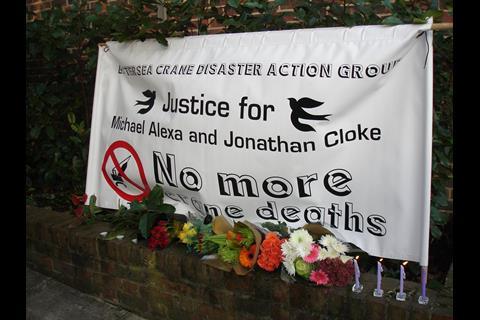 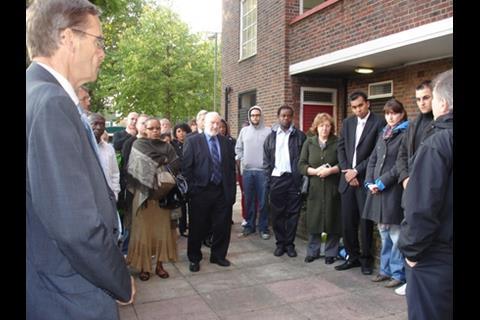 A vigil was held this morning to commemorate the second anniversary of the Battersea crane disaster, in which two men were killed.

Jonathon Cloke, the crane driver, and Michael Alexa, a member of the public, were killed when a crane toppled over on the south London site in 2006.

Relatives and friends of the two men were joined by local residents for the short ceremony, which included the erection of a remembrance plaque and a minute's silence.

Today also brings the launch of the Strategic Forum's Safe Crane Campaign, to be held at the nearby Mount Anvil site in Wandsworth - the first site to adopt the forum's new safety recommendations.

Speakers at the event included Mount Anvil’s director of operations, Peter Burslem. He said that after the Battersea fatalities Mount Anvil had decided that the yearly and six-monthly examinations required by Lifting Operations and Lifting Equipment Regulations were too infrequent. Cranes on Mount Anvil sites are now thoroughly and independently examined every three months.

Julia Brandreth, spokesperson for the BCDAG, welcomed Mount Anvil’s commitment to three-monthly checks and called on the tower crane industry to follow this lead. She also added that the BCDAG will continue to push for a central register of cranes.

Liliana Alexa, secretary of the Battersea Crane Disaster Action Group (BCDAG) and mother of Michael Alexa, said today sent a “clear message that that our campaign will continue until crane deaths are stopped”.

Angela Bedy, Michael Alexa's partner, said she wants “the government, the HSE [Health and Safety Executive] and the building industry to understand that fatalities and injuries to workers in crane collapses are not acceptable. No member of the public should die, as my partner did, simply because they are near a building site. Construction safety is a huge public health issue.”