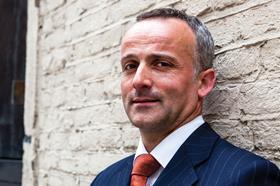 Europe’s biggest contractor Vinci is to focus more on winning work in the UK to mitigate against the worsening euro crisis, the firm’s UK boss has revealed.

He said: “Various operating companies within the Vinci group are looking at opportunities in the UK, mainly in concessions, energy-related projects and commercial property.

“These are not the only French companies looking at the UK. For example, the Banque Nationale de Paris is building a new HQ in King’s Cross. The UK offers a lot of advantages - not being part of the euro is a main one.”

For the full interview with Paul Neto

This move comes as Vinci Construction UK’s special projects division, which has traditionally focused on winning work on UK building frameworks and projects over £100m, looks to become more involved in infrastructure and energy projects, both in the UK and overseas.

Paul Neto, head of the division, confirmed there would also be more interaction between the UK special projects division and the parent company - particularly the French energy business.

He said: “I will be out in France more regularly over the next 12 months talking about how we can work more in energy and how we can engage better with other parts of the Vinci Group.”