Pre-tax profit is on the rise at French giant Vinci, with €2.9bn (£2.4bn), reported in half-year results released today. 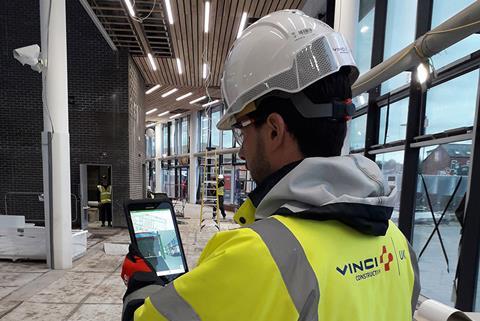 Construction revenue from outside of France accounted for just over half of business and was up 18% year-on-year, driven by the ramp-up of several large contracts, including two HS2 packages.

The firm is part of a joint venture with Balfour Beatty and Systra to build a new station at Old Oak Common.

“Its operating margin, which has demonstrated resilience, improved in the period.

“Despite a more selective approach to new orders because of cost inflation, order intake remained firm and order books continue to be very robust.

“As a result, the group has good visibility on its future business levels, despite a more uncertain economic environment.”

According to the statement, Vinci Construction is expected to remain busy and improve its operating margin.