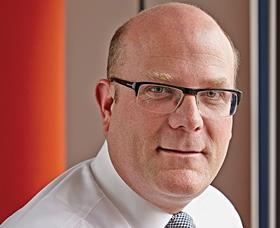 Vinci Construction UK’s managing director has left the firm following the appointment of a new chief executive, Building can reveal.

Andrew Ridley-Barker left the firm last week as Vinci announced the appointment of Bruno Dupety as its new chair and chief executive.

Dupety was appointed to replace John Stanion, former chief executive of Vinci Construction UK, who retired from the firm after 22 years.

Building understands Ridley-Barker’s departure was directly linked to Dupety’s appointment as the incoming boss wanted to put his stamp on the firm.

Ridley-Barker worked for Taylor Woodrow between 2001 and 2007 when he joined Vinci as operations director.

He became managing director of the UK business in April 2011.

He had put selective bidding for large contracts, airports in particular, at the centre of his strategy to bring growth to the UK business after it reported a sharp fall in operating profit between 2011 and 2012 from £10.9m to £4.5m despite turning over more than £1bn in 2012.

Neither Tuplin nor Ridley-Barker are to be replaced, with Dupety preferring to reduce the number of managing directors in the business.

Vinci said this change was not connected to the appointment of Dupety.