VolkerFitzpatrick has won a £40m deal to build a new railway station in north-west London.

The scheme for Barnet council will be built at Brent Cross and is due to be finished by May 2022. Midland Main Line and Thameslink services will both use the station. 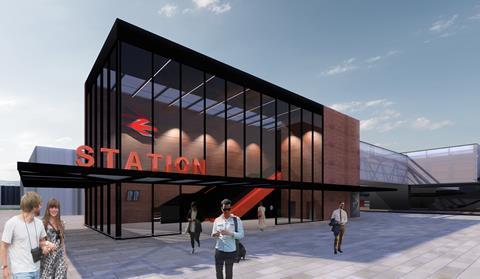 Called Brent Cross West, the new station designed by ESA  (pictured) is being built to tie in with the planned redevelopment of the area.

The project is one of several forthcoming under a huge £4.5bn regeneration planned in the area which will include work to modernise Brent Cross shopping centre.

This is due to be carried out by Laing O’Rourke although developer Hammerson has put the brakes on the scheme.

Last March, the government awarded more than £300m in funding to the council to help bankroll infrastructure upgrades across the borough.

The regeneration project is expected to create over 7,500 new homes, almost three million square feet of commercial space and 27,000 jobs.