VolkerWessels sails to top of contractor chart with port job 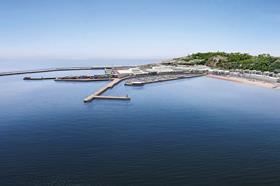 VolkerWessels UK took top spot in the overall contractors table for February after securing a huge £400m contract to develop Terminal 2 at the Port of Dover for the Dover Harbour Board.

Skanska’s second place was solely down to it securing a seven-year highways deal worth £210m with Hampshire council.

Willmott Dixon placed third overall and topped the non civils table with 41 contracts, worth £181m, including a £20.6m refit job at the House of Commons and a £32.3m contract on mixed-use development Finzels Reach in Bristol.

Kier landed fourth spot overall thanks to 50 contracts worth £150.4m and second place without civils with £148.3m, while Balfour Beatty’s 37 deals, worth £128m, saw it placed fifth overall.

ISG’s 20 deals secured it sixth place overall and third place on the excluding civils table, with deals worth £91.2m.

Carillion made eighth spot overall, courtesy of three contracts worth £79m, including work on the A40 Llanddewi Velfrey to Penblewin scheme, worth £55m.

Durkan came 10th overall, with its single contract worth £66.2m to design and build 262 units at Manor Place in South-east London – which also placed it sixth on the without civils chart. SDC’s £60m contract for redevelopment work on the Botley Centre, West Way, and Mace’s £50m deal for the extension of the East Stand at the Twickenham rugby stadium placed these firms seventh and ninth on the table excluding civils respectively.

Morrison Construction also made the excluding civils top 10, thanks to its £50m contract to develop Knockroon Learning and Enterprise campus for East Ayrshire council.