Wates has been appointed by Barking and Dagenham council’s in-house developer Be First to build the second phase of an 850-home housing scheme.

The contractor’s residential arm is set to start work on the approved 386-home development in July.

Located on the western side of the 1960s Gascoigne Estate, it will involve the demolition of three existing blocks and construction of five new blocks and townhouses with a mix of tenures, 228 of which will be affordable. 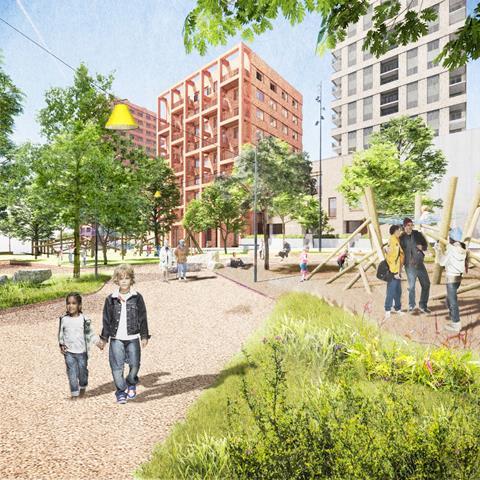 The job is the second Wates has won through Be First’s £1bn development framework after winning the development’s 200-home first phase in 2019.

In January 2019, Wates, alongside McLaren and Wilmott Dixon, won a place on the second lot of the framework for projects worth £10m and above.

Wates, which published its 2020 results last month, has said that it expects its profit this year will approach its 2019 levels.

Chief executive David Allen said the firm was poised to “bounce back” after securing a record order book of £6.6bn, up 13.5% from 2019’s figure.

The firm has also chalked up a £50m deal to provide rapid response demolition services for 31 councils in London and the South-east.