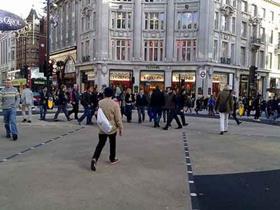 London’s streets will require radical new solutions to cope with an unprecedented surge in commuters thanks to the twin impact of population growth and Crossrail, a new report warns.

According to a new study carried out by Arup to mark construction of the £15bn project reaching the half way mark, around 250 million passengers a year will pass in and out of the three key central London Crossrail stations – Tottenham Court Road, Bond Street and Farringdon – by 2026.

This is 65 million more than current official forecasts drawn up in 2004 and still being used to plan for the arrival of the East-West route, the largest infrastructure project in Europe.

Arup director Alex Jan, one of the report’s authors, said:  “Crossrail stations are designed to handle the flow but there are going to be significant opportunities - and some challenges - for property owners, local authorities, retailers, employers, the entertainment industry and residents.”

The report into solutions, also from Arup and London-based consultants Publica, to be published this spring, will examine short-term solutions such as widening pavements and more Oxford Circus-style “diagonal” pedestrian crossings as well as longer term options that could include pedestrianising major routes.

London’s transport commissioner, Sir Peter Hendy said: “To make the most of this immense opportunity, we will also need to invest in the environment above ground as well as below it. “

Arup’s report was prepared on behalf of three business improvement districts (BIDS) – the New West End Company, Inmidtown and the Fitzrovia Partnership – working with Crossrail, Transport for London and Westminster and Camden councils.