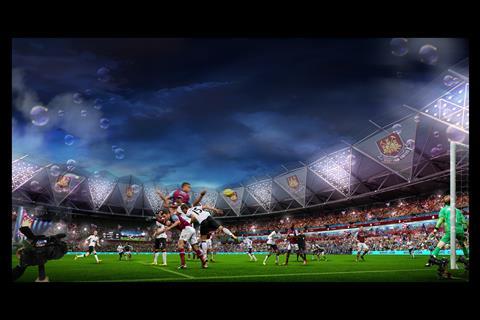 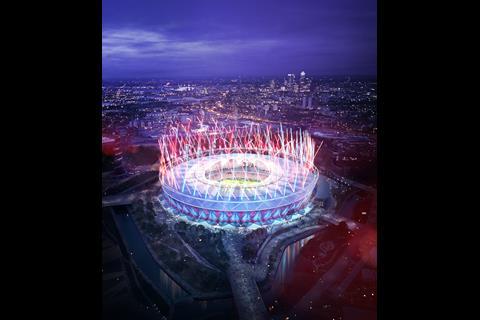 West Ham has been officially unveiled as the main tenant of the 2012 Olympic Stadium, with Mace to project manage the conversion of the stadium to its football use.

The confirmation of the deal - reported by Building earlier this week - comes after lengthy financial negotiations between the club, the London Legacy Development Corporation (LLDC) and Newham Council.

It means West Ham play will play its first match in the new 54,000 capacity stadium in 2016-17 season following a number of significant modifications.

Under the deal West Ham has secured a 99-year concession.

The LLDC said the transformation works would include a new roof, corporate areas, toilets, concessions and retractable seating. It said West Ham would contribute £15m, Newham council £40m and the government had agreed to provide additional support of up to £25m, should it be required once the tenders are returned.

The total cost of the conversion - or how much LLDC and the mayor of London is contributing to the project - has not been announced. The total conversion cost of the job is unknown but has been reported as between £150m and £190m.

LLDC chief executive Denis Hone said the total figure was not being divulged in order to keep firms in dark as to what pot was available and therefore get the best possible deal. “What I don’t want to do…is disclose the budget when we are in the middle of choosing contractors,” he said. “Throughout the Olympics this is what we did.”

But LLDC did say today that Mace would project manage the conversion of the stadium.

The deal will also see the stadium become the new national centre for athletics, with UK Athletics has been given priority use of the venue from the third weekend in June to the end of July every year, under a 50 year agreement. The stadium will also host the IAAF World Athletics Championships and IPC Athletics World Championships.

Mayor of London Boris Johnson, said: “This is a truly momentous milestone for London’s spectacular Olympic Stadium ensuring its credible and sustainable future. Through this deal with West Ham United FC, we are defying the gloomsters who predicted this landmark would become a dusty relic.”

Karren Brady, vice chairman of West Ham United Football Club, said: “It was important to me that we struck a deal that would stand the test of time that represented the right deal for West Ham United and our loyal and patient supporters.”

She said the club would now begin a consultation with its supporters over the shift to the new venue.

Sir Robin Wales, Mayor of Newham, said the deal would provide the council would hold a minimum 35% equity share in the Olympic Stadium and island site, with a share of the profits generated over the long-term and a range of community benefits for Newham residents.

He said: “It will enable us to support residents into jobs in such an inspirational place, provide tickets to the stadium as a reward for those who put something back into our community, and fire the ambition of Newham children as they cross the same finishing line as their sporting heroes.

As Building reported earlier this week, the deal had been delayed by wrangling over the price of the conversion and who would pay for it.

The source said: “That’s what the argument has been about all along. The costs of the conversion will be split between West Ham, Newham Council and the London Legacy Development Corporation.”

The conversion of the £429m stadium includes appointing a main contractor plus other packages of work including a specialist steelworks contractor for the roof - a job published on OJEU this week.

Back in December, West Ham was made preferred bidder following unanimous agreement by the LLDC board.

The LLDC said then that a final deal was dependent on agreeing various issues including finanlising the adaptation of the stadium and a mechanism to protect taxpayers’ investment in the venue.

Earlier this month Barry Hearn, the chairman of one of West Ham’s rival bidders, Leyton Orient football club, pledged to mount a judicial review over the decision to make West Ham preferred bidder.