Wetherspoon to pour £200m into its pubs estate

JD Wetherspoon will splash out £200m upgrading its estate over the next four years, the pub chain has announced.

Announcing the spending spree, the stock market-listed group – founded by New Zealand-born businessman Tim Martin in 1979 – will spend most of the cash buying up empty buildings and converting them into its pubs and hotels. It will also revamp around 80 existing Wetherspoon venues.

A spokesman said a “handful” of the proposed 60 new pubs in the UK and Ireland would end up being new-builds. No details of contractors who might be involved in the work were revealed. 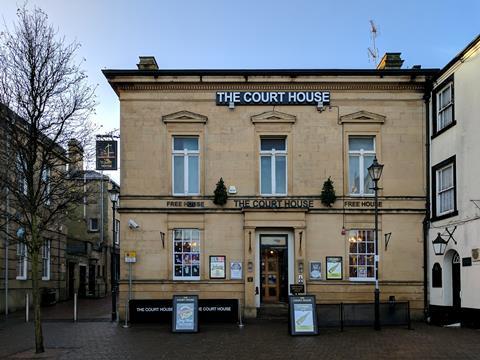 Towns set to see a new Wetherspoon’s include Ely, Diss and Felixstowe, together with Waterford in Ireland and Hamilton in Scotland.

The firm will also add to its portfolio with new pubs in London, Edinburgh, Glasgow and Dublin.

Martin started his pub empire with The Spoons pub in Muswell Hill, north London, before expanding across the capital and beyond. Its estate now numbers nearly 900 pubs and almost 60 hotels.

Many of its pubs are converted cinemas and bank buildings, including the Capitol, an art-deco movie theatre in Forest Hill, south east London, and the Crosse Keys, the former headquarters of HSBC in the City of London.

In September Wetherspoon, which employs 44,000 staff, announced a pre-tax profit of £103m for the year to July on turnover of £1.82bn.