What the minister must do to improve crane safety 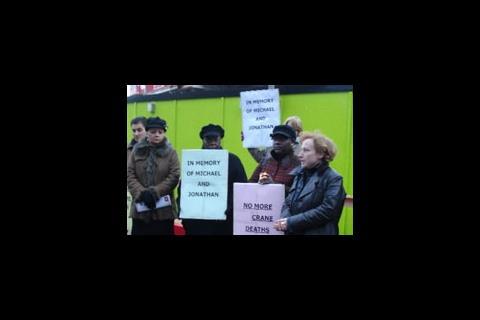 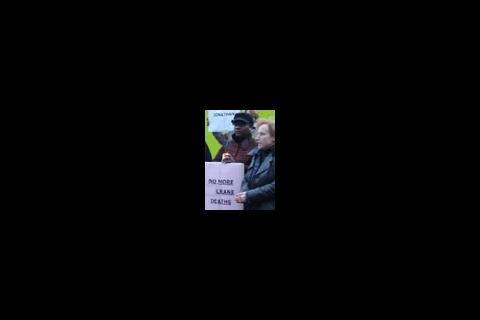 The Battersea Crane Disaster Action Group (BCDAG) was given the opportunity to address their concerns to health and safety minister Lord MacKenzie last week.

It was the second meeting between organisations campaigning around Health & Safety and the minister to have taken place in the last five months.

It’s undoubtedly a positive step that the minister sees the importance of keeping himself well-informed of issues of importance to the general public in this way. The BCDAG, Hazards Campaign and Construction Safety Campaign were all represented at the meeting.

Perhaps unsurprisingly one issue in which there was no agreement concerned resources for the HSE. I gave Lord MacKenzie a copy of our submission to the Work and Pensions Select Committee inquiry into the work of the Health & Safety Commission and Health & Safety Executive.

Perhaps unsurprisingly one issue in which there was no agreement concerned resources for the HSE.

In this submission our group make the point that there are some countries in the world where a state inspector has to be present every time a crane comes on site.

I said that the British public could be forgiven for thinking that in the UK an inspector only comes on site if a crane collapses or there is a dangerous incident. I understand that since our meeting with Lord MacKenzie last week evidence has been presented to the Select Committee that a site can expect a visit from an HSE inspector once every 13 years. Our group will continue to say that this is not acceptable.

The main other issue the group had asked me to raise with the Minister concerned a central register of cranes. In our Select Committee submission we drew a comparison with Australia, where there is a national register for plant.

At the November 2007 meeting of the Strategic Forum Tower Crane group, the BCDAG again raised the issue of the importance of a Central Register. The industry said that this was unnecessary.

However, when a crane collapsed in Forest Hill, South East London, on 11 December 2007 we understand it was initially unclear to the HSE who owned the crane. As we put it to Lord MacKenzie, if this isn’t a clear argument in favour of a central register, then we don’t know what is.

Our group visited the site of the Forest Hill collapse on 11 January 2008, exactly a month after the disaster. There has been no work on the site since the collapse and the crane is still in situ. We were appalled by the state of the site in terms of health and safety standards and particularly concerned that incomplete fencing meant that there was nothing to prevent people entering the site.

Local residents and workers told us that children were using the site as “an adventure playground”. We were terrified that a child could be killed on the site under these circumstances and immediately contacted the HSE. Lord MacKenzie took a personal interest in the issue and said that he would monitor its resolution. Subsequently the HSE have served a notice on the principal contractor requiring effective fencing of the site.

We were terrified that a child could be killed on the site under these circumstances and immediately contacted the HSE.

Another issue we put before the minister last week related to building work in schools. We have been contacted by concerned parents at a London school where it appears that there are plans to rebuild the school around the children. It seems that this will involve cranes being on the school site.

Concerned parents have had great difficulty in getting full information from the relevant local authority and are not comforted by assurances that any cranes on the site will not oversail occupied buildings when loaded.

We put it to Lord MacKenzie that the view of the BCDAG is that there should never be a crane on a school site while children are on that site. We see this as a major public health issue. We were pleased that Lord MacKenzie has also taken a personal interest in this case and will feedback more information to him and to the HSE as it becomes available.

Lord MacKenzie has expressed that he hopes to hold a further meeting with ourselves, Hazards and the Construction Safety Campaign in the near future and we look forward to further positive and constructive dialogue.

In the meantime we eagerly await out-turns from the Construction Forum set up last year by Peter Hain and will be making early contact with his successor at the DWP with a view to taking our group’s campaigning initiatives forward.