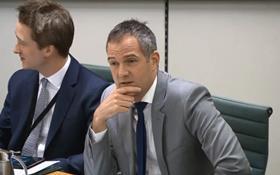 Carillion whistleblowers have said the company asked its suppliers to invoice the collapsed contractor after its reports were finalised, a parliamentary inquiry into the company’s liquidation has heard.

Labour MP Peter Kyle said the inquiry had been contacted by a number of people saying it was a common practice by Carillion.

He said: “We have received evidence from several whistleblowers that Carillion would routinely ask creditors to delay invoices until after reporting deadlines.”

Kyle said: “We heard when directors gave evidence here, Mr Howson very clearly said that he was owed between £180m and £200m.

Peter Meehan, the KPMG audit partner responsible for signing off Carillion’s reports, said: “At March 2017, I don’t know. I signed the December 2016 accounts. I know that my client was owed the £73.9m on the balance sheet at 31 December 2016. They are the accounts I signed.”

Yesterday Meehan revealed that he, Carillion’s interim chief executive Keith Cochrane and Emma Mercer, then the finance director of Carillion’s UK construction business, had revised the £845m writedown figure it publsihed last July up from an original £695m.

The joint chair of the inquiry, Labour MP Frank Field, was scathing of what he heard yesterday from auditors and the pension regulator. “We were told that these highly paid individuals are mere spectators – commentators at best, certainly not referees – at the mercy of reckless and self-interested directors. I fear it is not only Carillion that is built on sand: it is our whole system of corporate accountability.”