The contractor has been selected out of a three-firm shortlist to deliver the job – which will see a four-storey 1970s building overhauled (pictured).

Building understands the other firms on the shortlist were ISG and McLaren.

The building on London Road, in Southwark, is currently unoccupied, but is set to feature a new academy of sport and extended learning facilities. 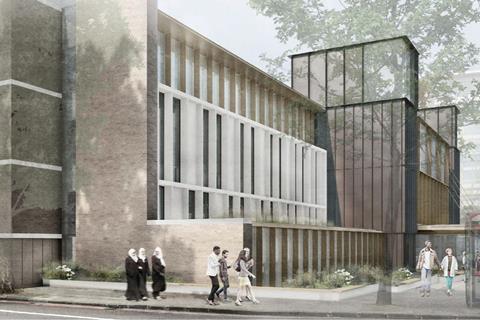 Work will also include alterations to the façade, addition of rooftop plant, rearrangement and increase of internal floorspace, and the relocation of the university’s library into the building’s upper two floors.

The contractor is joined by architect and lead consultant WilkinsonEyre as well as project manager and cost consultant Fulkers.

The project team also includes Eckersley O’Callaghan on structures and cladding, as well as BDP as building services consultant.

London South Bank has previously proposed a sweeping regeneration of its campus, to create a new “St George’s Quarter” in Southwark, but the development has now been pushed back until after the London Road work.