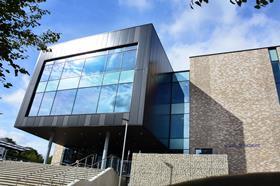 Willmott Dixon has unveiled plans to open a new base in Essex.

The firm, which recently completed the county’s first medical school, has announced plans to open an office in Chelmsford.

Willmott Dixon, who has recently handed over Anglia Ruskin’s School of Medicine (pictured) on the university’s Chelmsford campus, is opening an office at Saxon House on the town’s Duke Street.

The new office will provide a base for the Willmott Dixon team in Essex, expanding the company’s presence in the area as it looks to deliver more projects in the county.

The company has completed a host of projects in the region including Stansted Airport College, part of Harlow College, opened its doors to students last month.

The contractor’s other projects in Essex include Colchester Institute and the Holiday Inn Hotel at Southend-on-Sea.