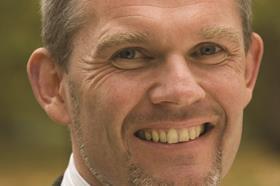 Lambe has been a director at the contractor since 1999 and has been in his current role as managing director of Willmott Dixon’s Energy Services division for five years.

Well-known in sustainability circles, Lambe is also a director of the influential Aldersgate Group and is a member of the Green Construction Board.

He joined Willmott Dixon in 1988 and has been involved in the construction industry since 1982.

A source close to the firm told Building that Lambe was leaving to set up his own business. Willmott Dixon declined to comment.

The firm had previously planned to sell its support services division – which includes energy services and housing maintenance – to focus on contracting and developing but axed the plan in June after failing to find a suitable buyer.

It said in February the support services’ division’s “significant potential” was being hampered by it being a “minority” player in a £1.3bn group.

The housing maintenance arm, Willmott Dixon Partnerships, has now been rebranded as Fortem, with the energy services division drawn into the new brand to extend its services and skill-set.

The division is also a founding member of Energiesprong UK, the Dutch version of the UK’s failed Green Deal which aims to deliver net-zero energy refurbishments on existing homes on a street-by-street basis.