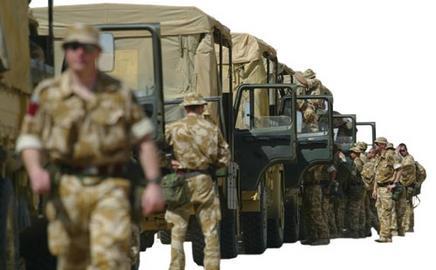 Construction logistics and security specialist Wilson James has appointed two divisional heads, including the former head of combat support for the British Army in Iraq, to increase its logistical capabilities.

M&E contractor Emcor is among the firms intending to recruit from the forces.

The other appointment was David Taylor, the former managing director of M&E firm Axima.

Gary Sullivan, Wilson James’ joint managing director, said the appointments, which were both to newly created roles, were part of an effort to take the £55m-turnover business to “the next level”.

“We wanted people who had a mix of construction and logistics experience but could also take a strategic view of the business,” said Sullivan. “We looked to the military to find someone used to complex undertakings, to cope with the changing logistics environment on major projects.

“We also wanted someone with a background at trade contractor level, rather than in construction management, to improve our understanding of the supply chain.”

Taylor will take charge of developments for large clients, particularly developers with large City workloads such as Stanhope.

He left Axima after a number of problem contracts forced the French-owned firm to restructure and withdraw from the northern UK market.

It had previously worked on high-profile projects such as the BBC’s Broadcasting House and the Greater London Authority’s City Hall.

For more stories on Wilson James go to www.building.co.uk/archive