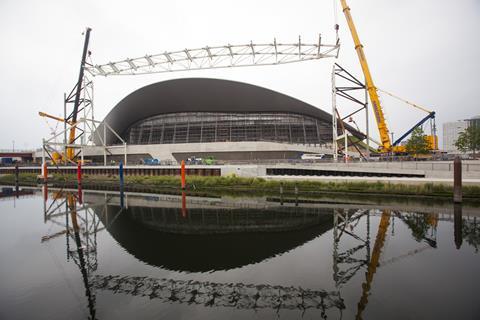 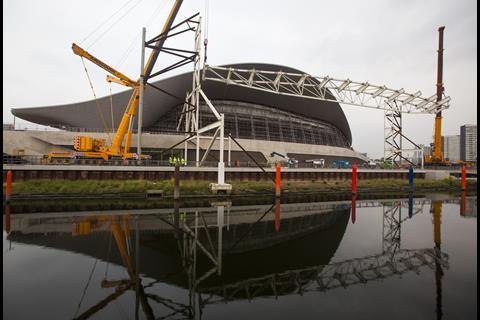 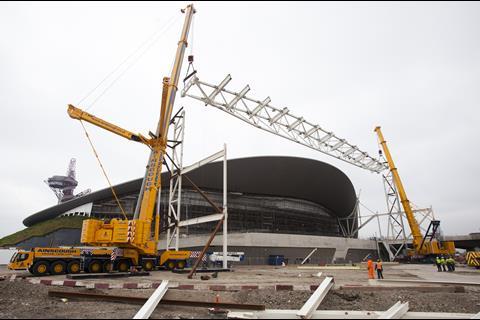 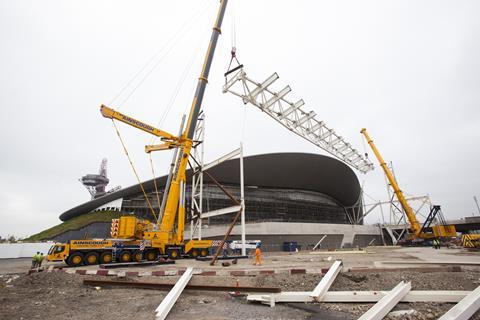 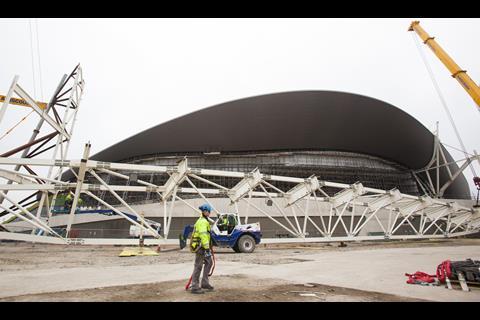 The last of the temporary seating around the Olympics aquatics centre was removed yesterday, finally revealing the Zaha Hadid design for the building.

The London Legacy Development Corporation said that two cranes removed the final trusses which formed the spine of the temporary seating stands on either side of the Aquatics Centre yesterday morning.

Each truss weighed 172 tonnes and required two cranes weighing 800 tonnes and 750 tonnes to lift and lower the pieces to the ground.

The move was carried out by Balfour Beatty, which is undertaking the transformation of the aquatics centre, and has now started to install 3,000m² of glass along the sides of the Aquatics Centre designed to allow natural light into the pool.

The LLDC said the £292m construction programme to transform the Olympic site into its permanent mode, creating the Queen Elizabeth Olympic Park, is on track. The Park will begin to re-open in phases as works reach completion, starting with the official opening of North Park in July 2013.

Dennis Hone, chief executive of the LLDC said the project to adapt the Park and take down the temporary venues, was running on time and on budget. “We will open the first part of the Park this summer with a series of events in the north of the Park and the Copper Box opening to the public. The rest of the Park will open in phases through to spring 2014 when the Aquatics Centre will open and people will be able to swim in those fantastic Olympic-sized pools,” he said.