Kier the sole firm to land place on all 12 lots

Kier, Bam and Vinci are among a host of firms appointed to a £700m capital works framework for three major UK airports.

The framework includes the option to extend by a further three years, bringing the total potential duration to eight years. 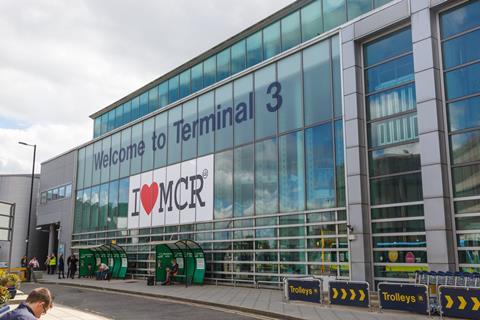 The £700m framework will be used for Manchester, London Stansted and East Midlands airports

Each discipline is then divided into 12 sub lots based on value bands and the airport at which the works will be carried out. Kier is the only contractor to have been appointed to all 12 lots.

Both Bam Nuttall and Bam Construct have been awarded places. Other firms to nab spots include Bowmer & Kirkland, Eurovia Infrastructure, Volker Fitzpatrick and FM Conway.

MAG capital delivery director Rob Stewart said the group has an “ambitious pipeline” of projects planned as it plots a route out of the impact of the pandemic on the aviation sector.

MAG reported a loss of £170m for the year to the end of March 2021 as passenger numbers fell by nearly 90% during the pandemic.