Central Housing Investment Consortium deal could run up to 15 years

The Central Housing Investment Consortium (CHIC) said the deal will run for an initial period of five years with an option of extending by two subsequent five-year periods. 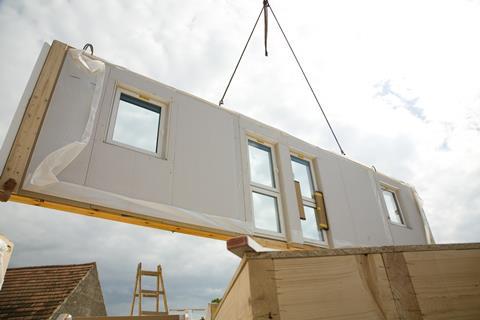 CHIC is a consortium of more than 92 housing associations and local authorities. The group is collectively responsible for more than 700,000 homes.

Lot one, which is worth £303m, covers the manufacture of modular houses, flats and bungalows, including an option to provide full site construction services for small schemes. It has been awarded to Peterborough-based Impact Modular.

The second lot, which has a value of £572m, has been awarded to Module-AR. The Hull-based firm will be responsible for the same work as Impact Modular but with the additional requirement of providing full site construction services for all schemes.

Lot three, worth £1.2bn, covers the manufacture of houses, apartment blocks and high-rise residential towers and individual room pods, with an option for full construction services. This has been awarded to Elements Europe, which is based in Shropshire.

Firms were allowed to bid for up to two lots but can only be awarded a place on one.

The procurement documents said companies appointed to each lot were required to have an existing manufacturing base.

The winning firms will mainly work across central and southern England and in Wales but this may be rolled out to other parts of England, Wales and Scotland in the future.