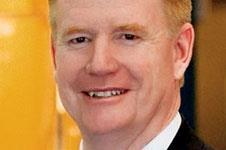 Wolseley says the markets it works in are continuing to weaken.

As part of its interim management statement, the building materials firm said the US commercial and industrial sectors had declined further during the third quarter and all of its European operations witnessed a decline in economic activity during the period.

In particular, Wolseley said its markets in the Nordic region and the UK and Ireland had generally shown greater levels of decline than the rest of continental Europe.

Across Europe, the firm has made over 5,000 redundancies, and over 3,000 in North America, and it said it would continue to take measures to drive down debt.

Its capital expenditure for the year was likely to be about £160m - £20m lower than previously indicated. Its trading profit of £189m was down 65% in constant currency.

Meanwhile, in Europe, revenue in the UK and Ireland continued to deteriorate, decreasing by 15% in the nine months ended 30 April, and trading profit was 75% lower than the equivalent period a year ago.

The Irish construction market suffering in particular - with activity over 70% lower than the same time last year.

Stock Building Supply, Wolseley's US building materials joint venture with the Gores Group continued to be hit by the US housing slow-down, with a trading loss of £108m for the nine months to 30 April.

Chip Hornsby, group chief executive of Wolseley, said: "Recent trading has proved extremely challenging and we continue to anticipate this will be the case until at least early 2010. In the circumstances our drive for tighter cost control and strong cash generation remains a key area of focus for the group.”