Women make up 75% of those denied promotion in construction 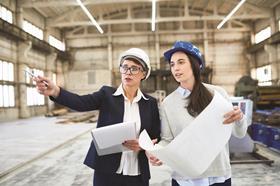 Three-quarters of the people who miss out on promotion within the construction industry are women, according to a survey from HR firm Ranstad.

The survey of more than 5,500 construction workers and 540 employers found 75% of those passed over for a more senior role in the sector were women.

While 93% of respondents said having a female manager would either have a negligible or positive affect on them, 49% of those questioned had never worked with a female manager.

Owen Goodhead, managing director of Randstad construction, property and engineering said: “At a time when equality and diversity is making leaps forward, construction is still playing catch up in some areas.

“Companies need to band together to build an environment that nurtures and rewards successful, hard working women to move up the career ladder.”

Nearly three quarters of the women surveyed said they were not aware of any initiatives that help women progress into senior positions.

Construction firms said raising the profile of female role models would help bring more women into construction, while more work needed to be done in schools to promote construction as a career path for women.

And research from the Federation of Master Builders also found there was a lack of incentive for women to enter the industry, but found almost a third of UK homeowners would rather hire a female tradie.

Brian Berry, the FMB’s chief executive, said that with a third of home owners saying they would rather hire a female builder there was a clear appetite among consumers for more women to enter the building industry.

“The construction industry is in the midst of a skills shortage and until we appeal to women – who obviously make up 50% of the population – we’re unlikely to dig ourselves out of this skills hole.”

The main reasons people gave FMB researchers for wanting to hire a female tradesperson were believing women may be more respectful of their homes and they wanted to support women working in non-traditional job roles.