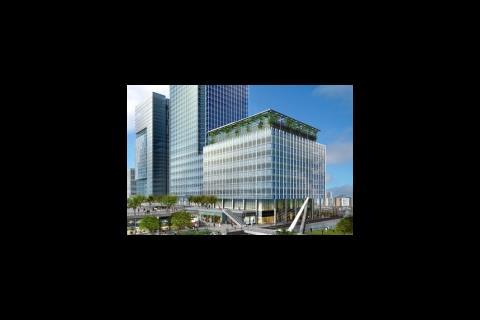 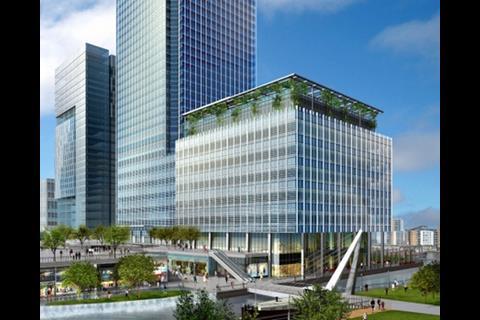 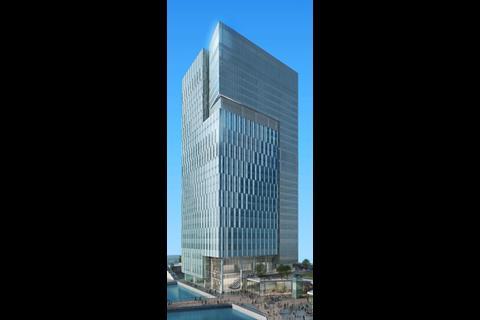 The developers behind the Wood Wharf development in London's Docklands have submitted proposals for towers by Pelli Clarke Pelli and Kohn Pedersen Fox for planning.

Wood Wharf, a joint venture between British Waterways, Ballymore and the Canary Wharf Group, submitted plans for the two towers this week following the successful completion of a £150m section 106 agreement.

Pelli's 194m-tall building, known as Building W02-03, will not tower as high as the 235m-tall One Canada Square designed by the architect in 1988. The neighbouring Building W01, designed by KPF, will be 134m in height.

The Wood Wharf development, which has been masterplanned by Rogers Stirk Harbour + Partners and Martha Schwartz Associates, is expected to be built over the next 10-15 years.

Jason Larkin, director of planning for Wood Wharf, said that the development would be phased to take advantage of the end of the recession.

He said: “We have engaged two of the world's great architectural practices to kick-start the Wood Wharf development. They have designed two stunning buildings which will set the standards for next phases of development at Wood Wharf.”

Pelli's return to Docklands was revealed by Building in June 2008.