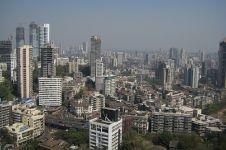 The 1.62km development is one of a series of ADIH’s "entertainment cities", with the first of the mixed-use schemes being developed in Doha. The Indian scheme combines housing with retail and entertainment space, including film studios, multimedia studios and cinemas.

Enabling works have begun on the site in Navi Mumbai, with the second phase of construction due to start in February.

ADIH, a developer and investor, said it aimed for the development in Mumbai, which is the home of Bollywood, to become “the heart of the entertainment industry”.

A ground breaking ceremony of the economic development zone, of which India Entertainment City is part, will take place next month.