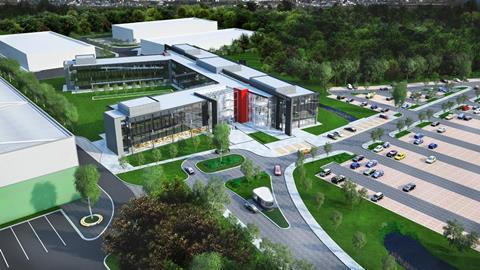 The man, who is understood to have been working for a subcontractor, died in an incident at the site of a new office building for retailer Matalan last Friday.

Merseyside Police said they were called to the site and on arrival found a man, aged in his 40s, who had been injured.

The police said the man was taken to the hospital, where he was pronounced dead.

No one else was injured in the incident.

An investigation by the police and the Health and Safety Executive is now underway.

In a statement Morgan Sindall said: “A serious incident, resulting in a fatality, took place on Friday 7 February at our construction site at Knowsley Industrial Park.

“The thoughts of Morgan Sindall and all at the site are with the family and colleagues of the deceased at this time.

“Morgan Sindall is cooperating fully with the emergency services, the Police and the Health and Safety Executive.

“Given the circumstances, it would be inappropriate for us to comment further at this time.”