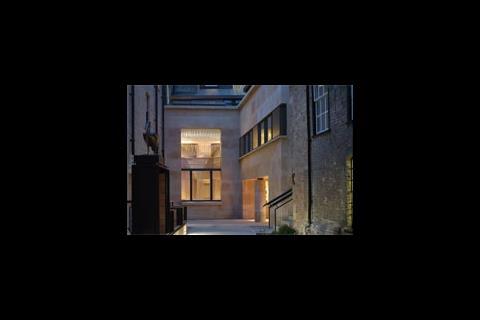 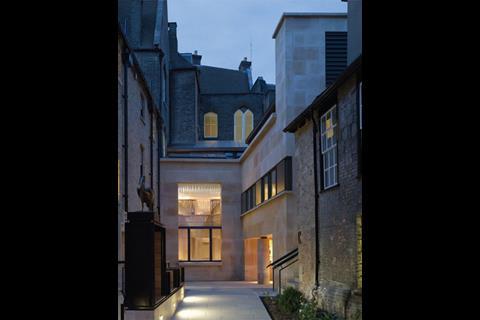 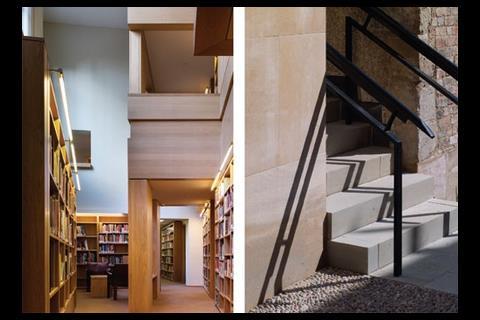 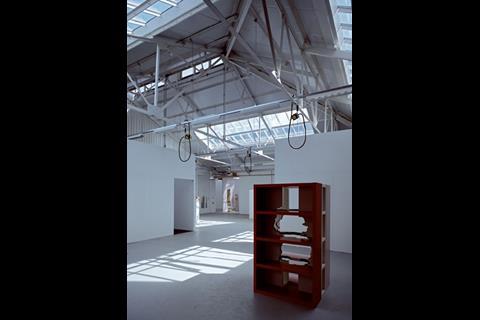 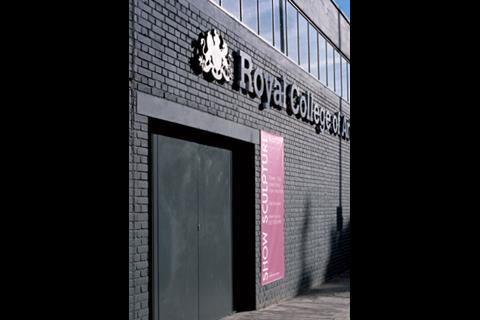 Architect Wright & Wright has worked on various schemes in the education sector.

The firm’s most recent achievement in this sector is the completion of the Taylor Library at Corpus Christi College in Cambridge. The project has been short-listed for the Wood Awards 2008, and will be on display at the World Architecture Festival Exhibition.

The RCA Sculpture School is another recently completed project, which opened as exhibition space for the students in time for the summer show.

The practice has an ongoing relationship with King Edward VI School, a secondary school within the Stratford on Avon conservation area. A new Drama Studio is on site, and it recently received planning permission for a new library to be constructed opposite the listed gardens.

Corpus Christi College, one of the oldest colleges in Cambridge, is located centrally and occupies one city block. The project completes the story of the block by transforming a former bank hall into a library. Other new accommodation includes an underground bar, new JCR, staff offices and fellows’ sets.

The bank was gutted, the basement excavated and a three storey ‘building within a building’ built of oak was installed inside.

A new court was created by altering what had been a yard, overlooked by the back faces of buildings. A new route was established through the court to the college undergraduate library, providing larger, improved facilities.

All the areas affected, new and old, are passively ventilated and electrical and mechanical systems used minimise energy use and carbon emissions.

Wright & Wright has been working with the Royal College of Art for over 14 years and on the Sculpture School since 2004.

There were a number of problems and budgetary constraints to which the firm had to respond. The solution was to clear the interior of the building of its perfunctory additions and re-house the department’s administrative accommodation within two houses at the rear of the site. This helpes to reinstate the clarity of the three halls that comprised the original factory building that provide excellent space for the making of large scale sculpture.

The studio spaces are supported by workshops and ancillary spaces all accessed from a cruciform circulation pattern reminiscent of a Roman Cardo and Decamanus town plan, with the main staircase at its focal point.

New materials maintain the rugged simplicity of the existing building, befitting of its purpose and the institution. The most notable addition being a new aluminium roof, with large areas of glazing for natural light and ridge mounted ventilation cowls.

Externally this theme has been continued where grey masonry paint and screening devices have been used to bind a previously incongruous palette of materials; this dense protective enclosure then gives way to the white interior of the studio spaces which form a backdrop for the creative potential of their inhabitants.

King Edward VI School in Stratford-upon-Avon is a secondary grammar school dating from the 15th century. It is said to be the school where Shakespeare was educated.

The school buildings are a mix of historically and architecturally valuable listed buildings and classroom blocks built in the 1970s.

Following a competition win, the school asked the firm to design a new school library and a public heritage study centre, as well as prepare a masterplan for long-term development of the school site.

The building is being designed as a landmark building, on the periphery of the school site, and readers will have views over the listed Great Gardens of New Place to the North, and a new landscaped entrance courtyard to the south. It is is being designed to maximise natural lighting and ventilation.