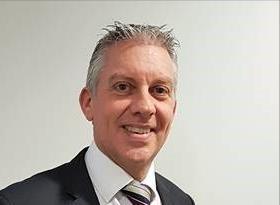 WSP has appointed a new director of public sector advisory services as it looks to increase its presence across a number of market areas.

Andy Wallace (pictured) joins from Liverpool city council where he was a senior development manager for just over 10 years. Prior to that, he spent more than six years at Vale Royal Borough Council as a project manager.

He was involved in the regeneration of the Southern Gateway Corridor in Liverpool, which included more than 1,000 new homes; over one million sq ft of industrial space, £150m of new retail investment and the creation of 5,000 new jobs.

His remit at WSP will include building a new property and development-focused team to complement the firm’s existing local government portfolio in the transport, highways, environmental and project management services. The team will also target opportunities in the regeneration, development, property, planning and environmental sectors.