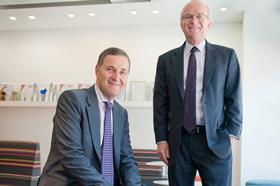 WSP is in pole position to buy Parsons Brinckerhoff from Balfour Beatty, according to reports.

The Financial Times has reported Balfour Beatty is in advanced talks to sell the US-based design consultant to WSP for £700m, while Sky News has reported WSP has edged ahead of Atkins in the bidding process, but is not yet in a formal period of exclusive talks.

According to Sky News a statement confirming the talks is expected imminently, with a formal agreement between Balfour Beatty and WSP possible within 10 days.

The news comes as Carillion weighs up whether or not to sweeten its £3bn merger offer for Balfour Beatty ahead of Thursday’s deadline to table an offer.