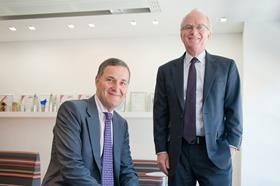 WSP has posted strong revenue and profit growth in first-half results for the six months to 28 June 2014.

WSP – which has been linked with a potential bid to buy Parsons Brinckerhoff – said it was targeting expansion through “organic growth and potential acquisitions”.

Pierre Shoiry, president and chief executive officer of WSP, said: “Looking ahead, we are optimistic about the future trajectory for the business, which should be positively driven by organic growth and potential acquisitions, which we are hopeful, will provide additional expansion opportunities in attractive market segments and geographies.”