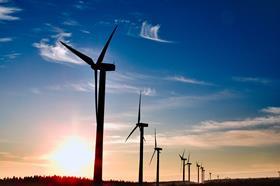 Engineer WSP has won a role on three offshore wind farm projects that being developed by Dong Energy.

The firm will provide engineering services for all of the onshore substations that serve the three wind farms at Walney in the North West; Burbo Bank off North Wales; and Race Bank off East Anglia.

Both the Walney and Burbo Bank projects were only given state aid clearance by the European Commission, required because of the government subsidies that they will receive, last week.

Detailed design of the projects is now under way and construction on the first will begin in the next six months.

Jon Johnson, senior technical director at WSP, said the firm would use its 20 years’ of experience in electricity transmission and distribution to “bring in-depth knowledge and understanding of onshore substation design to these high profile offshore wind projects”.

Benj Sykes, Dong Energy UK’s country manager, said he was “pleased” with the award of the contract and was “determined to provide new opportunities for the UK supply chain to get involved.”