Ground could hold up to 19,500 fans under proposals

WSP has been hired to lead the feasibility study for the masterplan of the Embankment area of Peterborough.

The work is planned to transform a 90-acre city centre area and will include a new campus for Anglia Ruskin University, along with a proposed new stadium for League One side Peterborough United. 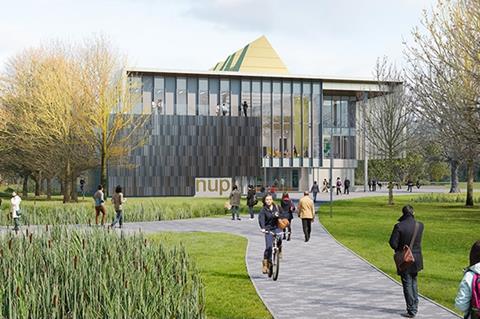 The new Anglia Ruskin campus will form part of the masterplan

The consultant was appointed through a council framework.

WSP is working alongside Cambridge practice MCW Architects for the campus and London-based stadia and events specialist Trivandi on the new stadium for the football club, who are nicknamed The Posh.

The club currently play their home games at London Road Stadium, built in 1913, and which is now known as Weston Homes Stadium as part of a sponsorship deal with the housebuilder.