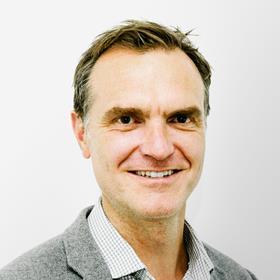 The man responsible for steering the now suspended Wylfa Newydd nuclear plant in north Wales through the planning process has been nabbed by LDA Design to head up its planning team.

He had also worked as head of consents for Tidal Lagoon Power, steering the Swansea Bay Tidal Lagoon through the DCO process, working closely with LDA Design who was the lead designer and masterplanner for the scheme.

This project has since been derailed by the government’s decision not to fund the project.

A chartered town planner, Herbert has also worked in local government and on major masterplanning and infrastructure projects, including Abu Dhabi’s Saadiyat Island and the Heart of Doha masterplan.

In London, LDA Design has been working on UCL East and Stratford Waterfront in Queen Elizabeth Olympic Park, while the firm is also behind the most-recently approved plans to transform Union Terrace Gardens in Aberdeen. Balfour Beatty has been chosen to carry out the work.