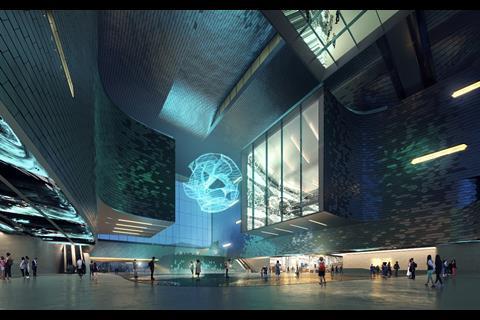 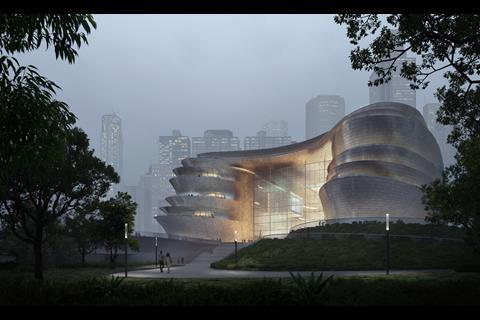 A curved facade will surround a glazed central atrium 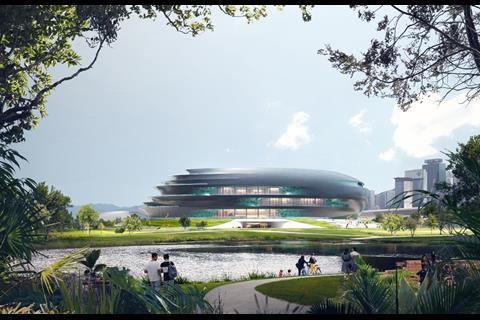 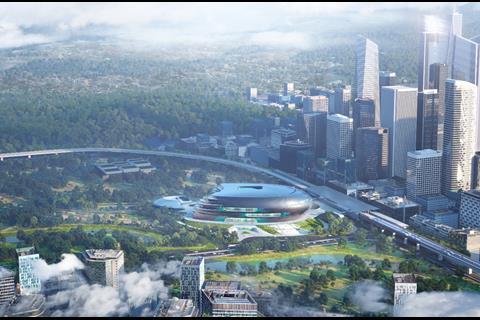 The design has been informed by extensive wind tunnel testing

Zaha Hadid Architects has unveiled its designs for a science and technology museum which will sit at the heart of an innovation district in Shenzhen, China.

Construction has already started on the 125,000sq m edifice, which will be located within the Guangming Science City and linked with universities, schools and innovation centres across the country.

It comes two weeks after the announcement by Foster & Partners that it had won a competition to design a major transport hub in the city.

Visitors to the museum will be guided through a series of interconnecting public spaces, galleries and educational facilities which ZHA said will “strengthen Shenzhen’s global position as a leading centre of innovation and technology”.

A central atrium courtyard will be surrounded by the U-shaped building’s curved envelope, with its design informed by extensive wind tunnel testing to ensure the building’s performance can withstand the city’s windy dry season climate.

The architect added that the building’s curves have been inspired by urban circulation routes to its east, while stacks of terraces punctuating the facade provide views of Guangming Park to the west.

Last month, Foster & Partners won a competition to design the Guangming Hub, which will consist of a cluster of towers built around a high-speed railway station. The scheme will feature fleets of autonomous vehicles ferrying passengers around a network of ‘sky bridges’