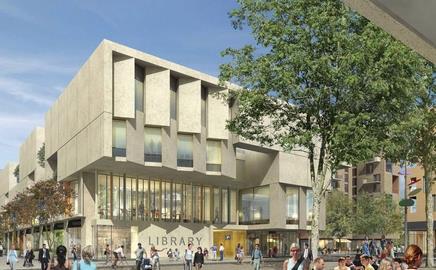 The Architecture Foundation headquarters, a £5m building that was to have been Zaha Hadid’s first completed design in England, has been scrapped after three years of work.

Developer Land Securities had had difficulties agreeing a suitable tender for the building, which was to have been built at the Bankside 123 development in Southwark, south London.

The original contractor, Bovis Lend Lease, pulled out in October last year, reportedly because it was unable to build it for the £5m budget.

London contractor Rooff was then appointed in December last year but also appears to have been unable to fix a price.

A source said: “The price was wrong. It’s a good commercial decision. It was set up the wrong way in the first place. Imagine Land Secs building a job as small as £5m. It doesn’t make sense.”

The project has been dogged with problems since Hadid won the competition in 2004 with a budget of £2.25m. Costs more than doubled as the project progressed, and eventually Allies and Morrison was appointed to “oversee the construction” of Hadid’s design in 2006.

Rowan Moore, director of the Architecture Foundation, said: “We are obviously disappointed not to be able to proceed with Zaha Hadid’s wonderful plans for the new building, but we must adapt our programme to suit the times. We are very grateful to everyone, and particularly to Zaha, for all they have done.”

Zaha Hadid said: “It’s disappointing news. As a catalyst for architectural discussion through its exhibitions, competitions, lectures and debates, the foundation deserves a permanent home.”

For more on Zaha Hadid go to www.building.co.uk/archive