From the archive: 2005 - And you think YOU’VE got project delays…

It’s not easy to build a castle, but some seem to have even more than the usual trouble… 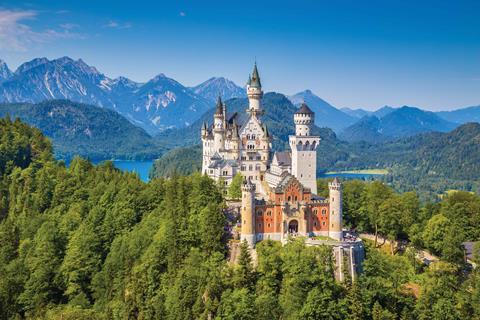 It’s not easy to build a castle, as the craftspeople in this week’s Projects piece can attest, says Deborah Duke. But some seem to have even more than the usual trouble, one of the most notable being “Mad” King Ludwig of Bavaria.

Famous for a love of Wagner and erratic behaviour, lanky and legally insane Ludwig II was not what you might call a dream client. And the birth of his pet project, Bavaria’s fairytale-like Neuschwanstein Castle, was catastrophic enough to land it on Building’s 2005 list of “The top 10 most disastrous building projects in the world EVER”.

Coming in at number 5, the castle is described thus: “Envisioned less as a home, more as a stage for the operas of Ludwig’s hero Richard Wagner, the project began to unravel when, 14 years into the three-year programme, Wagner died, never having seen it, let alone staged an opera there.”

Then it got worse: “A year later, Ludwig decided to move in, staying for a grand total of 11 nights before finding the continuing building work not to his taste. Following Ludwig’s own death two years later, the work ground on for a further eight years. When the builders finally downed their tools in 1894, only a third of the rooms had been finished.”