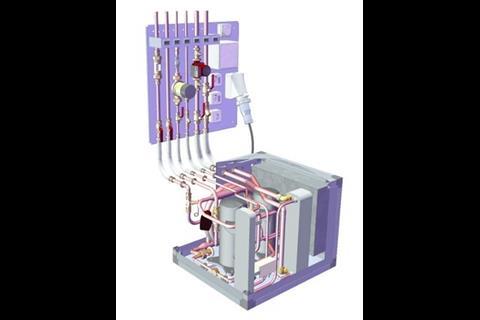 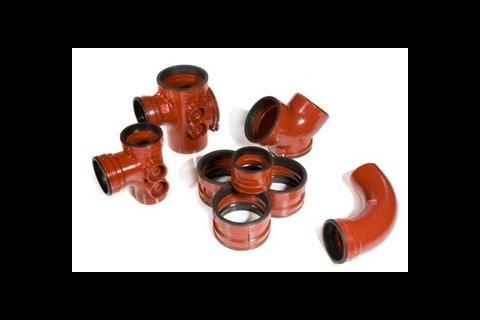 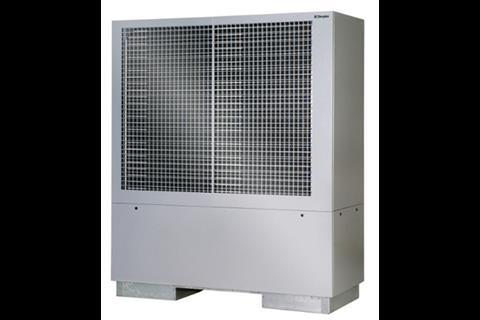 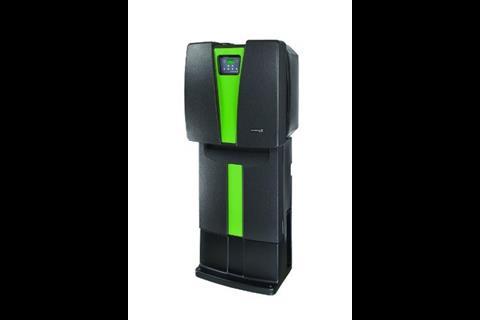 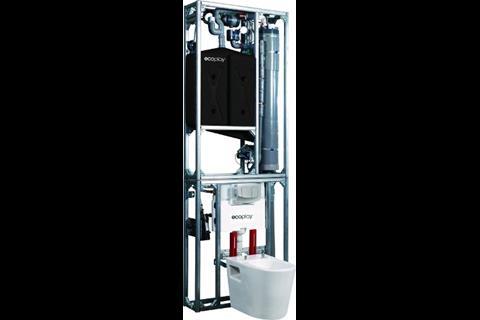 Thermal Engineering Systems (TES) has launched a new version of its Soleco open-loop heat pump, which it says will ensure an even faster payback compared with closed-loop options. The upgraded pump offers independent control and monitoring of twin compressors for better efficiency and extended operating life. Each time the heat pump is switched on, it selects the compressor with the fewest “run hours” to start. The second compressor is brought into operation only if needed. The pump uses two independent heat exchangers that provide both space heating and hot water up to 65C, and does not require supplementary heating elements.

Dimplex says its new range of high-efficiency air source heat pumps is suitable for heating and hot water in commercial and residential schemes. There are five outputs, from 9-40kW, all with CoPs comparable with ground source units. The largest, the LA 40 TU, offers a flow temperature up to 58C, although best performance is achieved at lower flow temperatures. The LA 35 TUR+ is a 35kW reversible air source heat pump. In cooling mode it extracts heat from the internal environment which can be used for domestic hot water or heating a swimming pool, for example.

Grundfos claims its Oxiperm Pro chlorine dioxide production system is the perfect solution for disinfecting drinking or process water. It also destroys biofilm, a slimy layer which forms inside water pipes or heat exchangers where microorganisms settle. The units come in two sizes which produce 30g or 60g of chlorine dioxide per hour and are able to treat up to 75m³ or 150m³ water per hour respectively with a dosing rate of 0.4g/m³. The chlorine dioxide can be added in two ways: proportional to the water flow or dependent on the measured residual.

The Ecoplay micro greywater management system from CME Sanitary Systems is said to reduce water consumption by as much as a third.

It is based on the simple idea of recycling bath and shower water to flush the toilet. CME says that one Ecoplay system can provide water for two Wcs.

Water from the bath and/or shower is collected in a tank. A skimmer removes light surface materials while heavier particles sink and are flushed away with the waste.

The remaining “clean” water is drawn from the middle of the tank and transferred to a 100-litre storage tank, where it can be used to flush the toilet. A full tank provides about 20 toilet flushes.

The system operates a patented purging process to keep the water fresh, even when the building is unoccupied. CME claims it is able to do this because the process recognises “old” water.

If the toilets are not flushed within 24 hours, it automatically releases the stored water to waste before importing sufficient fresh water to flush.

CME says the system was designed to be easy to install and to require little maintenance. Fitting such a greywater management system can enable a new building to achieve level 3 to 4 of the Code for Sustainable Homes without the need for further watersaving features. The systems can be used in new buildings and also in existing premises where a major bathroom refurbishment is being undertaken.

CME believes that with an expected lifespan of at least 20 years, a typical greywater recycling system can pay for itself in as little as six years, depending on the geographic location of the building and the prices charged by the utility company.