The Tate Modern extension provided a warped contrast against the former power station and the Design Museum gained a historically sensitive 1960s rebuild. Ike Ijeh looks back at the buildings that shaped the skyline in 2016 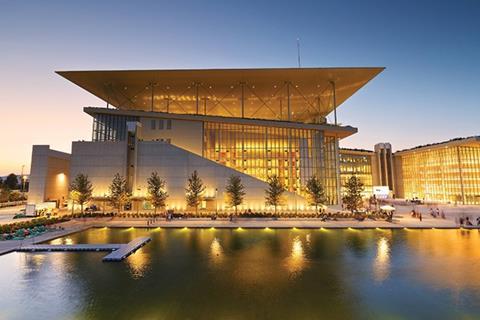 Throughout the year and even before the EU referendum, there was one elephant in the room and that elephant was Europe. The UK may have voted to leave the EU in June but projects such as the mammoth Stavros Niarchos Foundation Cultural Centre (SNFCC) show that, regardless of political arrangements, European unity of a different kind will always endure. This isn’t a unity demonstrated by the fact that SNFCC’s roof was designed by a British engineer (Expedition) or its Italian architect also designed Europe’s tallest building right here in London or even that the SNFCC sits in the ancient seat of Western democracy. Rather, SNFCC shows that Europe will always be bound by a common ambition to celebrate culture with grand architectural projects. And few come as grand as this. Entirely financed from the philanthropic trust from which it takes its name, the £500m SNFCC is one of the biggest privately funded cultural schemes ever built in Europe. Including a new national opera house and library, the scheme is conceived as a massive dislodged fragment of the Earth’s crust peeling back. Its continuously sloping roof surface is treated as a luscious planted park, which also surrounds the structure and includes a vast axial lake. The edifice is surmounted by stupendous rooftop public space offering coastal views of the Greek capital and covered by a gigantic ferrous-cement canopy. 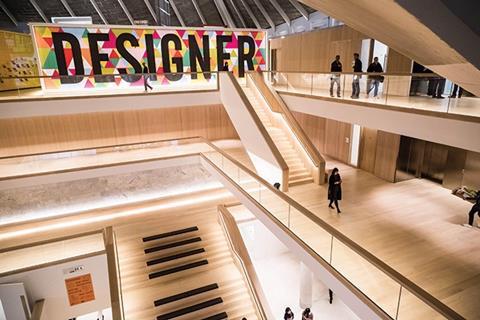 It’s only thanks to the Tate Modern extension that the new Design Museum isn’t the most significant cultural project of the year. Its completion marks the culmination of a long restoration for the former Commonwealth Institute, which has been closed for 14 years. It also marks the realisation of an ambitious and eagerly awaited plan to relocate London’s only museum exclusively dedicated to design from an edgy, urban riverside site in south-east London to the more well-heeled and traditional confines of affluent Kensington in central London. As one would expect of a museum with design as its ethos, architecture has played a key role in this £83m transformation. Virtually all of the original RMJM 1962 Commonwealth Institute has been demolished and rebuilt in a historically sensitive fashion. The only part to be retained untouched is its stupendous parabolic roof, now rightly forming the centrepiece of a comprehensive and decidedly soft-focus reworking of the interior. The project resonates commercially too. It was financed by the development of new luxury housing on the museum’s periphery, thereby perfectly encapsulating how London’s rapacious property market can impose even the most unlikely alliances between art and commerce. 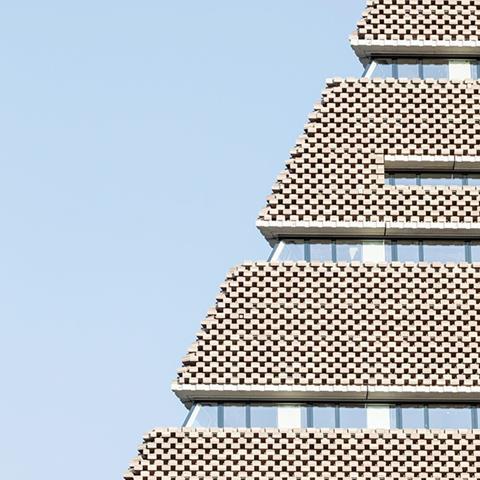 Initially primed to open in time for the London 2012 Olympics and the Queen’s diamond jubilee, the much-delayed opening of the Tate Modern’s £260m extension was one of the most eagerly anticipated cultural events in years. The extension had much to live up to. The phenomenal success of the original 2000 Tate Modern opening meant that what is now the world’s most popular modern art gallery was not quite literally bursting at the seams. In addition, all manner of lurid rumours about construction difficulties swirled around the new extension and were variously, though not substantively, cited as reasons for its protracted delay. Would the new extension live up to all the hype? The short answer is yes. The new extension occupies a stunning twisted pyramid, sculpturally warped to contrast against the orthogonal rigour of the original block. But it is its perforated brickwork dressing that is the masterstroke, despite the difficulty in creating the complex interface between the concrete frame and brick facade allegedly contributing to the scheme’s delays. By maintaining but mutating the building’s original envelope, the extension pulls off that most coveted of accretive architectural feats: maintaining unity with the existing while adopting an entirely new personality of its own. The extension has proved a hit with visitors, with its generous top floor viewing terrace proving particularly popular. This popularity does not extend to the residents of neighbouring Neo Bankside luxury flats who complained, to largely unsympathetic ears, of their glass-fronted privacy being invaded.