As the all-powerful supercontractor Amec brings its reign to a close by splitting the company, Mark Leftly takes a look at how the Davids of the industry are coming to the fore.

An era of dominance is coming to an end. This will almost certainly be the last year that Amec will lead Building’s Top 150 contractors (in previous years, Top 100) for a long, long time.

Amec, the Goliath of the industry, is taking note of the successes of some of the Davids out there and has learned an important lesson: big doesn’t always mean best. Although it has narrowly edged out Balfour Beatty yet again to be the biggest contractor by turnover – £4.943bn to £4.938bn – the company has not performed well of late, having made a pre-tax writedown of £78m in June.

So the company is to split, chief executive Sir Peter Mason having decided that the business had grown unwieldy. Although it has yet to be signed off, the demerger will result in an oil and process business that will retain the Amec name, and a UK infrastructure firm. This should result in higher margins for both new companies – the current Amec has an operating margin of just 1.1%, meaning that the big beast of British construction gets a return on all those billions of pounds that is far lower than the likes of Huddersfield-based contractor Marshall Holdings, which has an operating profit of 11% on a relatively puny £137m turnover.

Indeed, only Keller is in the top 10 by both contracting turnover and operating margin, which suggests that smaller firms, like David with his leather slingshot, can be more effective than Goliath-like major contractors.

Unlike Goliath, though, big contractors get another chance, and many are clearly looking to drive up their margins. This would afford them greater financial security if there was a big hit on a contract in delays or cost overruns, which, if large, could virtually wipe out a whole year’s profit.

For a start, there has obviously been pressure by contractors on clients as the average contracting margin has increased from 0.8% in 1995 to 2.25% last year. And contractors are becoming cuter in their ways of boosting the margin.

Mike Foster, construction sector analyst at KBC Peel Hunt, points to Galliford Try, which sits at 28th with a turnover of £726m in the main table. A growing company that is likely to hit more than £1bn in turnover this year because of its recent acquisition of Morrison, its pre-tax margin is currently 2.2%, but is expected to grow by 0.5% – “it doesn’t sound much, but that’s a lot in construction terms,” says Foster. 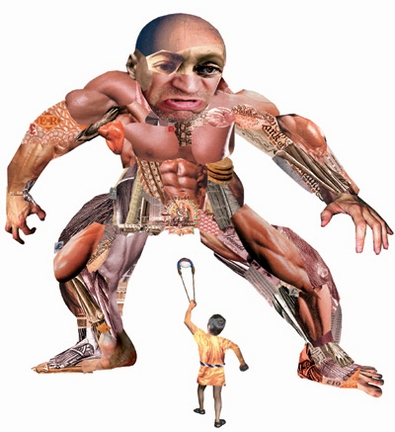 The company will be able to do this because it is holding 8% of its turnover in cash – a sign that clients respect the company as it means it is being paid upfront – which is earning interest in the bank. Although interest rates are fairly low at the moment, Foster believes that this will still result in the company’s margin increasing to 2.7% by 2007, and therefore above the industry average.

The importance of margins is perhaps even better demonstrated by the housebuilding sector. With only 1983 homes sold last year, McCarthy & Stone is ranked just 12th by sales volume. But with a staggering 38.6%, it tops the operating margin league of housebuilders.

McCarthy & Stone has a virtual monopoly over the retirement homes market, with barriers to entry high for people who wish to set up shop in the sector, so it is nigh-on impossible for others to replicate this kind of margin. But it does still demonstrate the advantages of high margins. Although not the biggest housebuilder, it is highly rated by the City as a result of its profit, which is the reason why the company is the object of desire in a bidding war.

Prior to the board’s disclosure that a third party was interested in buying it, the company was valued around the £780m mark – already a premium given its £326m turnover – but will fetch about £1bn, should one of the property entrepreneurs, including the Reuben Brothers or Vincent Tchenguiz, or one of the investment houses, that are pursuing it finally snap McCarthy & Stone up. In short, a high margin attracts big bids and a fantastic return for the shareholder.

This does not mean that size is of no importance. Balfour Beatty boss Ian Tyler insists that he is not worried about whether his firm is the biggest beast in the jungle. Yet this nonchalant attitude is not reflected in the company’s aggressive growth strategy, with acquisition being followed by acquisition – it bought regional contractor Birse last month for £32m and is known to have approached others with a view to a similar deal.

There is a certain cache and glamour to being the biggest, and it does mean that they can bid for the major jobs, be it PFI contracts or the 2012 Olympics. But it is not the only way to judge a contractor, and the companies we’ve picked out here are evidence of this …

Apollo London: Even the boss mucks in

Could you imagine the bosses of Amec, Balfour Beatty or Carillion – Sir Peter Mason, Ian Tyler and John McDonough respectively – running construction contracts? Thought not. But Gary Couch does. He is chief executive of the Apollo Group, the parent company of Apollo London. Of course this is not possible at firms as big as those mentioned, but it is no mean feat for Couch either, given that a near £150m turnover means the company is hardly a one-man-and-his-dog operation.

Couch says that the company has grown with more-or-less the same staff, meaning that it has maintained the hands-on culture that was necessary when it was smaller. This has given the company discipline, so it operates with unusually low overheads: “We tend not to have non-revenue generating services, the fluffy bits. For example, we deploy fewer QSs on our sites than our rivals. We also have a low staff turnover.”

Couch refers to a contract worth £30m over two years in which Apollo had just four QSs on site, compared with eight for the contractor it was splitting the work equally with on the project. However, all this doesn’t mean Apollo doesn’t think big – the company has ambitious growth plans, aiming to hit £200m turnover by the end of this year.

Dalton-based Severfield-Rowen benefits by being a bit of a specialist as it is a steel contractor. However, a margin of more than 8% is not to be sniffed at, whatever its competitive advantages. Managing director John Severs, who co-founded the company in 1978, insists the reason is even simpler than that: “It’s because we’re good.”

Obviously, any boss is likely to say that. But what has certainly been good for margins is the heavy reinvestment the firm makes each year. For example, in 2006 it is looking to plough £8m back into the business in more efficient equipment and training courses for its staff in order to make it more productive. About half of this will go into Steel UK, its new joint venture with Murray Metals Group, to help it move from an initial margin of 5-6% to something closer to the group average.

Severs also insists that the company’s policy of paying high salaries to its staff also helps it attract, retain and even regain the best staff, improving productivity: “There’s a saying, ‘If you pay peanuts you get monkeys’. We have a low staff turnover, and even those that do go usually come back.”

It might seem strange to mention Bouygues in this trio of smaller contractors, since the French giant is in fact the second largest in Europe behind Vinci. But in the UK, it does not even make the top 80, chasing margin rather than turnover.

Only established in the UK in 1997, Bouygues has been selective in its work here, pursuing PFI work and negotiated design-and-build. “We believe that we have an edge in those markets,” says Ian Gunter, business development director at Bouygues UK.

This work certainly helps boost the margins, with the high risks involved in PFI, such as bid costs and delays, rewarded with better-than-average profit streams. Negotiated work puts a lot of stress on quality, rather than cost. Gunter says: “We are not chasing competitive tenders.”

Also, Bouygues has had a prudent approach to its accounting while it looked to establish itself in Blighty, and many of the risks it has reserved against projects in its balance sheet have failed to materialise, helping to boost margins. This means that it might not be a wholly accurate reflection of its margin, but does show the benefits of not playing smoke and mirrors with accounts, as so often happens.